Pioneering seismologist Robert Mallet, in his 'Manual of Scientific Inquiry' circa 1860, gave us a phrase I much admire. As part of his report to the British Admiralty, he wrote that, " Nature, rightly questioned, never lies." He was emphasizing that, "All evidence should, as far as possible, be circumstantial". And that each situation investigated had its own unique physical conditions, in its own location, and in own time, etc.
My present day concerns about the present condition, and influences, on weather patterns in the Northern Hemisphere, where I reside, cause me to look closely, and ask questions about the following subject.
The upper image is a screenshot from Oct. 18, 2014  Nullschool shows anticyclonic (clockwise) high pressure winds over the Arctic Ocean. It appears to be pushing air through the Bering Strait, and feeding the (counter-clockwise) winds of a wide area of low pressure in the Gulf of Alaska. A high just to the west of this low seems to be receiving some of the air from the Arctic high. Meanwhile,  a smaller area of cyclonic winds sits in the western Bering Sea -- and seems to be getting some of the same wind.
The energy from these weathers are now linked together to form a chain of energy. 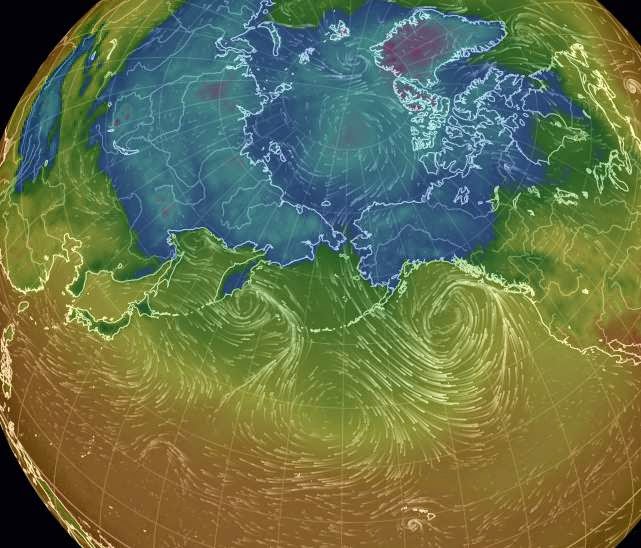 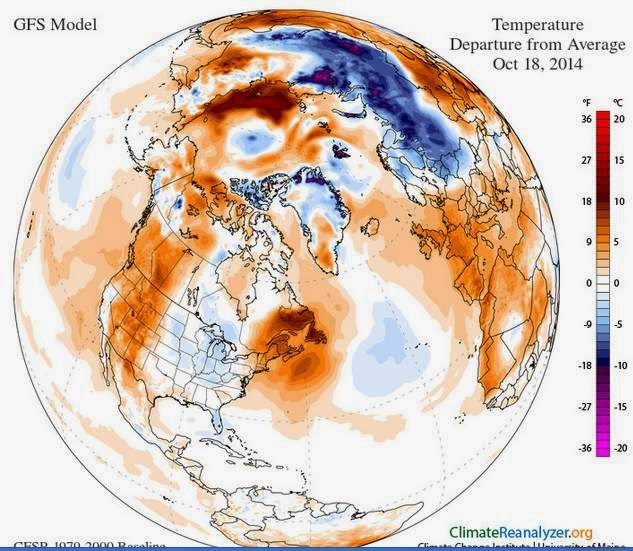 These questions are likely to be answered by nature whether I ask them or not.