Aug 30, 2013
Democracy Now,
Serious Air Pollution in America is Killing Americans and Trees That Signals a Threat to Our Health and Safety
This is the second or third note I have sent you on this on this critical subject.
Widespread and chronic damage to trees, plants and ecosystems by toxic air pollution, and what it portends for us all, have been documented by Gail Zawacki, a knowledgeable blogger in New Jersey. The evidence presented is pervasive and persuasive. New evidence has come with each post.
See: vagabonding
Her latest post of August 30 details dying and dead trees and plants on both coasts of the US.

I have documented the same sort of destruction in Santa Barbara, California.
See: oaks figs of ficus plums in Santa Barbara or windspiritkeeper
I alerted, and furnished photos to all levels of government: city, county, state, and federal. (I can furnish names of the officials, and approximate dates.)
I appealed to you to cover this story a couple of years ago. The situation is far worse now, and foreboding.

A recently released MIT study regarding 200,000 American deaths from air pollution has data that lists the most lethal and vulnerable areas are the same places with the obvious dying plant life: coastal California and the eastern US, centered at Baltimore, Maryland.

I hope Pacifica and Democracy Now has the resources and courage to tackle this.
Sooner or later, either some responsive new organization will cover this, or the only story to cover is a post disaster obituary.
Thank you,
David Lange
Posted by Wind Spirit Keeper at 9:01 PM 1 comment:

2000,000 Americans Put To Death for the Sin of Breathing Polluted Air

In a slightly outdated study using 2005 body counts, MIT informs us of the enormous carnage caused by air pollution that surrounds freedom loving Americans.
Yes, America, the home of the freest corpses in the world.
Yes, America, where cars expensive, and life is cheap.
Meanwhile, and even as the US Congress and President Obama, and the NSA et al, work to ensure the safety of all Americans -- here's some numbers you don't need a Bluffdale or Pentagon to decipher.

Baltimore, Maryland -- a city located next to Washington, DC. the nation's capital where the seat of government allows the deaths of so many of its own citizens, that's obscene. 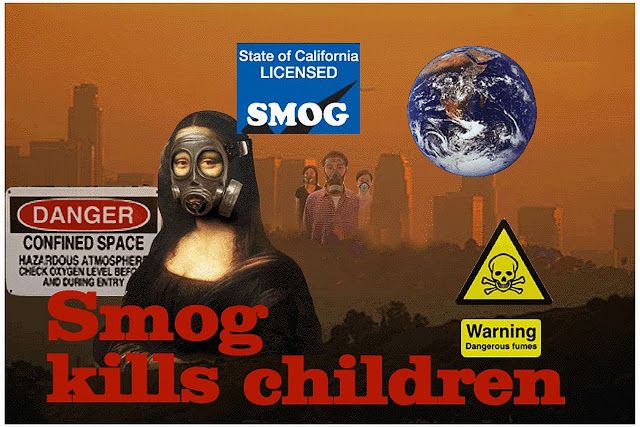 Road traffic is the biggest cause of air pollution early deaths. 53,000 Americans a year die too soon because of emissions from road vehicles. The second most important source of killer emissions was power generation. Those pollutants kill around 52,000 people a year. Air pollution deaths from rail transportation appeared to be relatively trivial. However, emissions from marine transportation hit California with its long coastline relatively hard, resulting in an estimated 3,500 early deaths. California is the hardest-hit state. There are 21,000 early deaths there a year from emissions. However, it’s the east coast city of Baltimore, Maryland that is the hardest-hit city. 130 out of every 100,000 residents will die each year as a result of air poluttion.
Read more at http://www.inquisitr.com/927699/mit-emissions-study-200000-early-deaths-a-year-in-us-from-air-pollution/#MsKhpfh1Mos8QWYF.99
Posted by Wind Spirit Keeper at 8:25 PM No comments:

Avocado Azote: A Ballet of Phytotoxica

Behold a modern American city named after the Patron Saint of Imminent Doom, but more fitting to a town tied to cash flow: Eminent Doom.
Santa Barbara has its vulnerabilities, and to put the word imminent before doom is to imply a suicide cult.
And though that may be a part of our story, but we don’t know yet.
Let us see.
Anyway, this story is for those that tend to reject hard facts in favor of soothing lore.
Yes, let us see.

Feeling a bit fatigued from our hike around downtown Santa Barbara, we sat on a small patch of green lawn underneath an avocado tree just behind the Arlington Theater. As we leaned back to catch our breath we heard behind us, two loud thuds.


“What the Hell?” we yelled. And saw two ugly and disfigured but large hard avocados that rolled slightly as they settled into the grass.


“Good god.” We said as we looked at each other in amazement.


Up above us was the leafless crown of a tall avocado tree, where bulbous fruit hung from bare branches. Which is odd because avocados normally grow and ripen in the microclimate of dense leaf foliage. 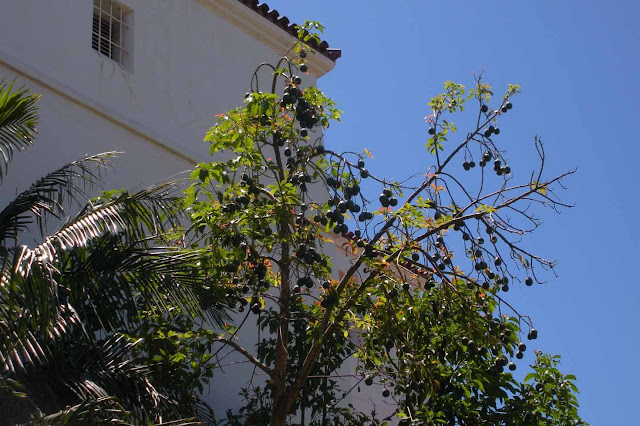 “Something is screwy here. It is wrong to have heavy unripe avos fall to the ground from a leafless tree.” One of us whispered.


“No kidding,” Someone replied. “Holy Azote, the avos are smoldering. I feel heat like they were charcoal.”


“Also,” I said, “As we can see, there are many dead leaves among the manicured plants surrounding the trunk of the tree. Some force very strong has caused this botanical mess before us.” 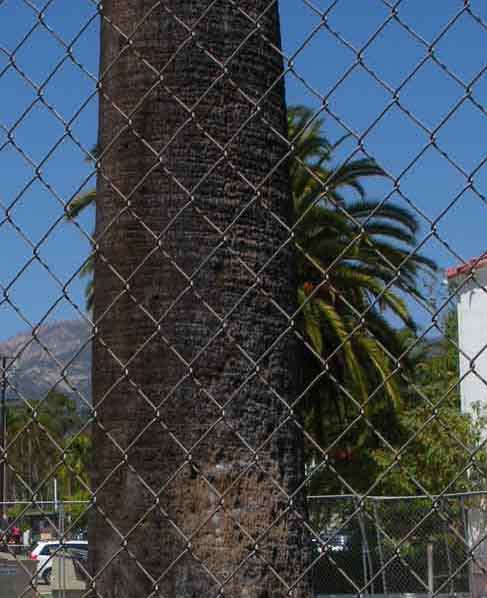 “Speaking of charcoal, see that narrow palm tree trunk, over there on Chapala Street? You can see that the side of the trunk facing vehicle traffic has turned to cinders and plugs of charcoal.” I pointed out. “The traffic dust from all those cars and trucks is full of shards and chunks of caustic chemicals. That tree might have enough benzene in it to combust on its own. And the air current here whips that same traffic dust around the building and slam it into the avocado tree and kills the leaves and chemically burns the avocados.”


“Right, we better keep moving or we could end the same way.” Someone scolded.


I carried the smoldering fruit a few blocks to where I lived and hid them in some bushes near some other specimens. 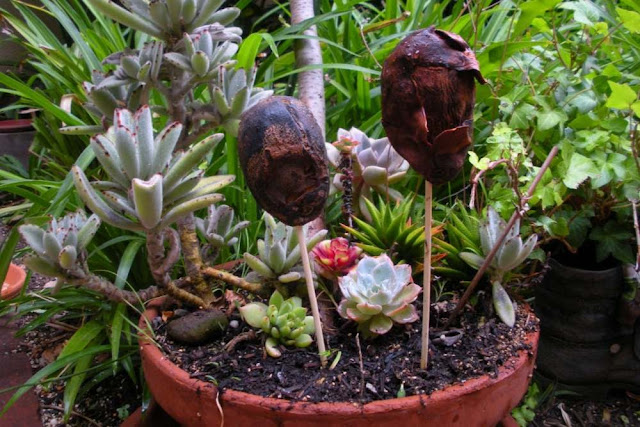 A municipal entity that worships its imminent doom as it tries to be a bastion of commercial paradise will malfunction on many levels.
Or so it seems in America, where money and  motors reign supreme.

Posted by Wind Spirit Keeper at 10:44 PM No comments:

The Cargo of Empire: with Disturbing Images